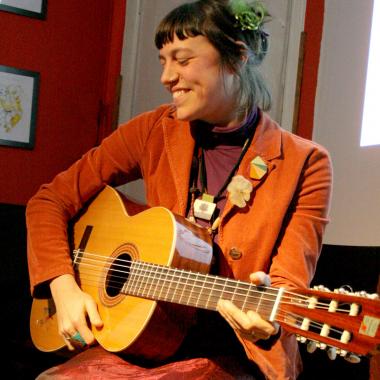 Marina Girardi writes comics and illustrated songs. She was born in the mountains surrounding Belluno, Northern Italy, in 1979 and she graduated at Bologna’s Academy of Fine Arts in Comics and illustration. Her comic Kurden People, published by Comma 22 Editore, was awarded Premio Komikazen Fumetto di Realtà 2009 and was translated in French by L’Agrume Edition. She also wrote Appennino (2010) and Tutta discesa (2013), an illustrated journal of a bike tour along Appennino centrale. In 2011 Giuda Edizioni published her collections of drawings titled Dalle Tane. She took part in projects such as La mia valle and Pasubiana, curated by Giulia Mirandola, and Torino e Le Alpi curated by Stefano Riba. She was invited at Clermont Ferrand Festival of Carnet de voyage. Together with Rocco Lombardi, she travels around Italy for Nomadisegni project: they arrange travelling workshops of comics for children and adults and perform a storytelling show bringing out the hidden stories of the landscape. On Saturdays she often makes drawings by the street with a special painter’s bicycle and on Sundays she turns back into a tree and keep growing in her mountains.
Marina Girardi's website 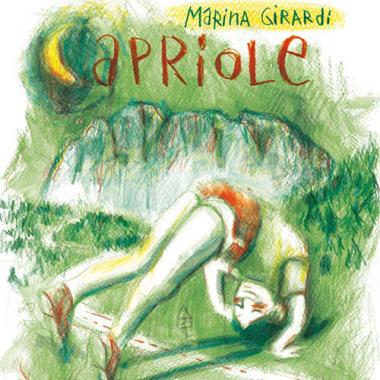